What CPAs Need to Know on Blockchain

By strict definition, blockchain is a global digital ledger of economic transactions that is transparent, continually updated by countless users, and considered by many as almost impossible to corrupt or hack.

But in the broader sense, blockchain is also a lightning rod for highly charged opinion, confusion, and even fear. Some argue that blockchain will completely transform finance, accounting, and auditing. Others are decidedly more circumspect regarding its impact. And a certain segment is nervous, not knowing whether blockchain will make portions of the accounting profession obsolete—perhaps large ones, specifically as it relates to the current audit and tax practices focusing on compliance.

“I don’t think it is going to cut our profession out,” L. Gary Boomer, CPA/CITP, CGMA, former CEO of Boomer Consulting, and now the company’s strategist and visionary, said in an interview. “But one of the things we have in our profession is the Rube Goldberg machine: A lot of processes that maybe don’t add value. If you’re not adding value, you’d better figure out how you’re going to provide value in the future.”

Boomer, covered a topic that might seem intimidating given that blockchain is not only new—less than 10 years old—but also enigmatic even for the most intelligent finance professionals. “There’s much of it that is different, complex, and hard to understand with current mindsets,” Boomer acknowledged.

There’s also the misconception that blockchain will smack the financial world with an immediate, tsunami-like force. “This is more of a transformation, and we are in the early stages of it,” Boomer noted. “So we need to know the right questions to ask: Where is this going to have the greatest impact on the accounting profession, and what is the timeline of that?”

As to the timeline part, blockchain’s ascent continues to accelerate. “No one was talking about it before 2008,” Boomer said. “Then in 2013 we started to see the rise of bitcoin, a blockchain consortium in 2015, and proof of concept in 2016.” He expects that blockchain may begin to replace legacy accounting systems around 2023, “and by 2025 it will be widely accepted.”

And insofar as the impact it will have, much depends on how finance professionals educate and position themselves during the run-up. Boomer stressed that once CPAs understand the basics of blockchain, they can move toward learning how to harness it. “It’s going to provide opportunities if we have the right mindsets, skill sets, and tool sets,” he said.

To that end, Boomer highlighted a number of crucial concepts that help explain blockchain and give insight into its value propositions for the accounting profession.

1. Blockchain is secure and immutable

“While everyone thinks of the internet as public, blockchain protects transactions and increases the security and privacy,” Boomer said. In theory it cannot be hacked because that would require overpowering all the computers that contribute to and update the ledger network—a feat akin to hijacking the entire internet.

2. Think of blockchain as the ‘internet of value’

As opposed to focusing on the exchange and transmission of information, the internet of value centers on transactions. That concept also gives a clue to where blockchain’s impact on accounting will be felt first.

Boomer related that “the big questions I always hear and that most practical CPAs have is, ‘What’s the killer app, and what’s going to happen first?’” He believes that the first movers will be in accounts payable and receivable, with either intercompany transactions or client-customer transactions. “It will verify the payment, the dates, and there will be no question that the buyer sent the payment. Buyer and seller have to collaborate, so as a result there’s no confusion. Blockchain is built on trust, and we need more trust in transactions.”

Boomer noted that because the speed of transactions on blockchain is increased significantly, “this has value for the audit, which is typically performed months after the fact. It will be faster and cheaper, but I don’t think auditors should throw in the towel.”

Instead, they will need to develop a more datacentric approach. “They have to be more involved with the data and use it with a forward rather than historic perspective,” Boomer said. “The result is a higher-valued service.

4. Studying up on blockchain will pay off

Boomer contended that finance professionals must make time now to learn all they can about blockchain. He recommended Don and Alex Tapscott’s book Blockchain Revolution: How the Technology Behind Bitcoin Is Changing Money, Business, and the World. Don Tapscott has also given a popular TED talk on the subject, now seen more than 1.6 million times. The Big Four accounting firms, he added, have also released white papers and studies on blockchain that are worth seeking out.

Accountants who get a grip on blockchain today will be the ones who successfully pivot their services tomorrow. “Banks are an incumbent that could lose business to blockchain, so they’re looking for ways to reduce the cost of their transactions and protect their turf,” Boomer said. “Accountants need to do the same—to not only protect the brand and its reputation, but look for ways to offer new services.”

In the meantime, take heart that many of your peers are still trying to fully wrap their heads around blockchain—including Boomer. “I’ve spent a ton of time studying blockchain the last three years, and it’s about getting connected to the right resources,” Boomer said. “We’re all learning. When you couple the blockchain with a cryptocurrency, artificial intelligence, the internet of things, smart contracts, and robotics (automated processes), the possibilities increase exponentially.”

This article is originally posted and written by Lou Carlozo on Journal Accountancy. 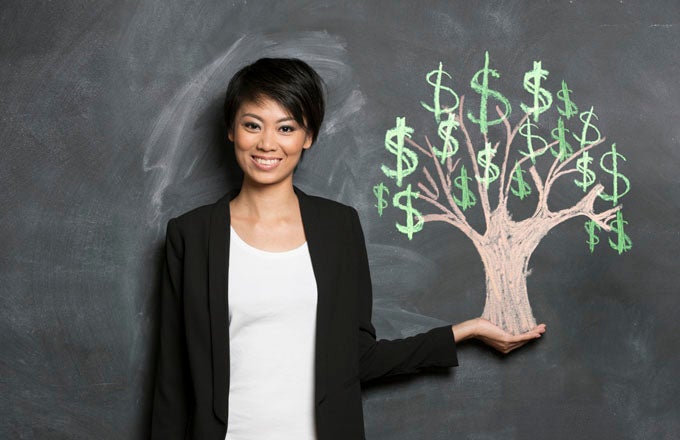 SKILLS IN TECHNOLOGY will be of vital important for accountants in the future, with the inexorable rise of digitization.

Four out of five (83%) accountants believe that understanding technology is as important to their job as understanding accountancy, according to a survey of 2,000 accounting professionals and SMEs by Xero.

Habits have changed since the arrival of cloud accounting tools, leading many professionals to consider data analysis and management consultancy as key service offerings they should provide. A broadening of skill-sets seems a vital strategy: 59% of the SMEs surveyed said they didn’t think they would need an accountant at all, in ten years’ time.

Gary Turner, managing director at Xero, said: “Moving to digital is inevitable, no industry is impervious to change, and the message has stayed the same. ‘Accountants and technology’ is not a new subject, and technology is now the front and centre of accountancy.”

Half (48%) of accounting professionals are taking internal courses and 26% are taking external courses to adapt to new tech, with some swotting up on business intelligence. A third of small business owners cited ‘technology competency’ as the most important skill in a business adviser. Some 71% of accountants consider automation to be crucial to their success over the next five years.

“As we head into a prolonged period of technological change in the next five years it’s encouraging that many accountants see being tech savvy as a key survival skill,” added Turner.

A further 60% of professionals are confident that they can adapt to change, but 22% feel it will be so great that they might need to leave the sector.

Paul Bulpitt, head of accounting at Xero, said: “It’s an expectation for people to do everything online, that has been the major shift in the past four to five years.”

Additionally, almost half, 43%, believe risk analysis will be required for success beyond 2025, and 27% for management consultancy. However, the report highlighted that most accountants are failing to invest time in education for them and their staff to adapt to new technologies.

Turner continued: “The survey suggested that the profession needs to work harder on investing in emerging technologies, and in more effectively persuading SMBs that a close working relationship with a financial professional which will be important in years to come.”

The skills small business owners consider to be most important in a business adviser are trust (55%), attention to detail (47%) and technical competence (31%).

This article cited from Tech as important as accountancy … for accountants.